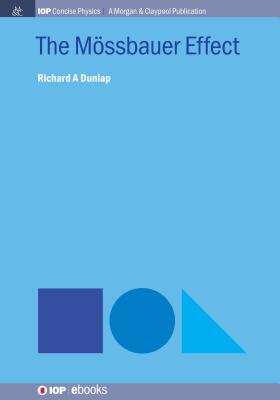 The effect which now bears his name, was discovered in 1958 by Rudolf M ssbauer at the Technical University of Munich.

At first, this appeared to be a phenomenon related to nuclear energy levels that provided some information about excited state lifetimes and quantum properties. However, it soon became apparent that M ssbauer spectroscopy had applications in such diverse fields as general relativity, solid state physics, chemistry, materials science, biology, medical physics, archeology and art. It is the extreme sensitivity of the effect to the atomic environment around the probe atom as well as the ability to apply the technique to some interesting and important elements, most notably iron, that is responsible for the M ssbauer effect's extensive use. The present volume reviews the historical development of the M ssbauer effect, the experimental details, the basic physics of hyperfine interactions and some of the numerous applications of M ssbauer effect spectroscopy.