Nikolopoulos, Lampros A. a. 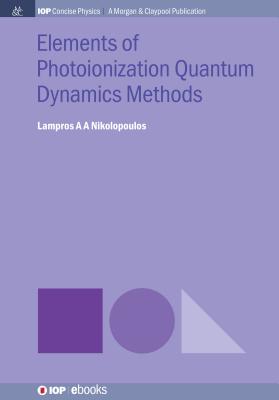 The dynamics of quantum systems exposed to ultrafast (at the femtosecond time-scale) and strong laser radiation has a highly non-linear character, leading to a number of new phenomena, outside the reach of traditional spectroscopy. The current laser technology makes feasible the probing and control of quantum-scale systems with fields that are as strong as the interatomic Coulombic interactions and time resolution that is equal to (or less than) typical atomic evolution times. It is indispensable that any theoretical description of the induced physical processes should rely on the accurate calculation of the atomic structure and a realistic model of the laser radiation as pulsed fields. This book aims to provide an elementary introduction of theoretical and computational methods and by no means is anywhere near to complete. The selection of the topics as well as the particular viewpoint is best suited for early-stage students and researchers; the included material belongs in the mainstream of theoretical approaches albeit using simpler language without sacrificing mathematical accuracy. Therefore, subjects such as the Hilbert vector-state, density-matrix operators, amplitude equations, Liouville equation, coherent laser radiation, free-electron laser, Dyson-chronological operator, subspace projection, perturbation theory, stochastic density-matrix equations, time-dependent Schr dinger equation, partial-wave analysis, spherical-harmonics expansions, basis and grid wavefunction expansions, ionization, electron kinetic-energy and angular distributions are presented within the context of laser-atom quantum dynamics.

Lampros Nikolopoulos, PhD, is a lecturer at the School of Physical Sciences at Dublin City University (DCU). He was brought up in Greece and holds a BSc (Hons) in physics from the Physics Department of the University of Athens, and an MSc and PhD in theoretical atomic physics from the University of Crete, Greece. His previous posts include MPQ-Garching in Germany, IFA-Aarhus in Denmark, and QUB-Belfast in the UK, before he settled in Dublin. His research interests include ultra-short laser-matter quantum dynamics and development of high-performance computational methods. A recent thesis supervised by him received a prize from the UK-IOP Computational Group as the 'Best PhD Thesis in Compuational Physics' for the year 2016. He has (co)authored over 80 journal articles, two book chapters and co-edited a special issue on 'short-wavelength free electron lasers'.