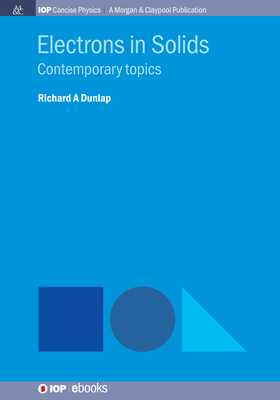 The transport of electric charge through most materials is well described in terms of their electronic band structure.

The present book deals with two cases where the charge transport in a solid is not described by the simple band structure picture of the solid. These cases are related to the phenomena of the quantum Hall effect and superconductivity. Part I of this book deals with the quantum Hall effect, which is a consequence of the behavior of electrons in solids when they are constrained to move in two dimensions. Part II of the present volume describes the behavior of superconductors, where electrons are bound together in Cooper pairs and travel through a material without resistance.