Ancient Hindu Science: Its Transmission and Impact on World Cultures 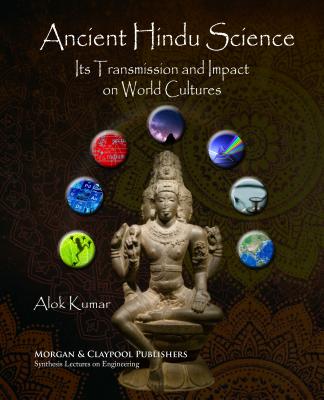 To understand modern science as a coherent story, it is essential to recognize the accomplishments of the ancient Hindus. They invented our base-ten number system and zero that are now used globally, carefully mapped the sky and assigned motion to the Earth in their astronomy, developed a sophisticated system of medicine with its mind-body approach known as Ayurveda, mastered metallurgical methods of extraction and purification of metals, including the so-called Damascus blade and the Iron Pillar of New Delhi, and developed the science of self-improvement that is popularly known as yoga. Their scientific contributions made impact on noted scholars globally: Aristotle, Megasthenes, and Apollonius of Tyana among the Greeks; Al-Birūnī, Al-Khwārizmī, Ibn Labbān, and Al-Uqlīdisī, Al-Jāḥiz among the Islamic scholars; Fa-Hien, Hiuen Tsang, and I-tsing among the Chinese; and Leonardo Fibbonacci, Pope Sylvester II, Roger Bacon, Voltaire and Copernicus from Europe. In the modern era, thinkers and scientists as diverse as Ralph Waldo Emerson, Johann Wolfgang von Goethe, Johann Gottfried Herder, Carl Jung, Max M ller, Robert Oppenheimer, Erwin Schr dinger, Arthur Schopenhauer, and Henry David Thoreau have acknowledged their debt to ancient Hindu achievements in science, technology, and philosophy.

The American Association for the Advancement of Science (AAAS), one of the largest scientific organizations in the world, in 2000, published a timeline of 100 most important scientific finding in history to celebrate the new millennium. There were only two mentions from the non-Western world: (1) invention of zero and (2) the Hindu and Mayan skywatchers astronomical observations for agricultural and religious purposes. Both findings involved the works of the ancient Hindus.

Ancient Hindu Science is well documented with remarkable objectivity, proper citations, and a substantial bibliography. It highlights the achievements of this remarkable civilization through painstaking research of historical and scientific sources. The style of writing is lucid and elegant, making the book easy to read. This book is the perfect text for all students and others interested in the developments of science throughout history and among the ancient Hindus, in particular.