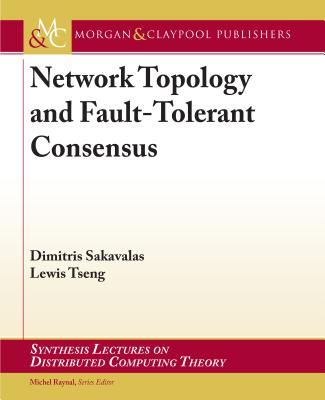 Fault-tolerant consensus in message-passing systems allows participants in the system to agree on a common value despite the malfunction or misbehavior of some components. It is a task of fundamental importance for distributed computing, due to its numerous applications.

We summarize studies on the topological conditions that determine the feasibility of consensus, mainly focusing on directed networks and the case of restricted topology knowledge at each participant. Recently, significant efforts have been devoted to fully characterize the underlying communication networks in which variations of fault-tolerant consensus can be achieved. Although the deduction of analogous topological conditions for undirected networks of known topology had shortly followed the introduction of the problem, their extension to the directed network case has been proven a highly non-trivial task. Moreover, global knowledge restrictions, inherent in modern large-scale networks, require more elaborate arguments concerning the locality of distributed computations. In this work, we present the techniques and ideas used to resolve these issues.

Recent studies indicate a number of parameters that affect the topological conditions under which consensus can be achieved, namely, the fault model, the degree of system synchrony (synchronous vs. asynchronous), the type of agreement (exact vs. approximate), the level of topology knowledge, and the algorithm class used (general vs. iterative). We outline the feasibility and impossibility results for various combinations of the above parameters, extensively illustrating the relation between network topology and consensus.