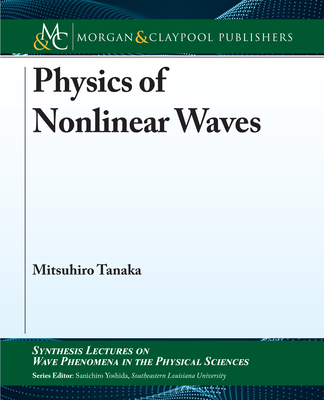 This is an introductory book about nonlinear waves. It focuses on two properties that various different wave phenomena have in common, the "nonlinearity" and "dispersion", and explains them in a style that is easy to understand for first-time students.

Both of these properties have important effects on wave phenomena. Nonlinearity, for example, makes the wave lean forward and leads to wave breaking, or enables waves with different wavenumber and frequency to interact with each other and exchange their energies.

Dispersion, for example, sorts irregular waves containing various wavelengths into gentler wavetrains with almost uniform wavelengths as they propagate, or cause a difference between the propagation speeds of the wave waveform and the wave energy.

Many phenomena are introduced and explained using water waves as an example, but this is just a tool to make it easier to draw physical images. Most of the phenomena introduced in this book are common to all nonlinear and dispersive waves.

This book focuses on understanding the physical aspects of wave phenomena, and requires very little mathematical knowledge. The necessary minimum knowledges about Fourier analysis, perturbation method, dimensional analysis, the governing equations of water waves, etc. are provided in the text and appendices, so even second- or third-year undergraduate students will be able to fully understand the contents of the book and enjoy the fan of nonlinear wave phenomena without relying on other books.