Arduino I: Getting Started 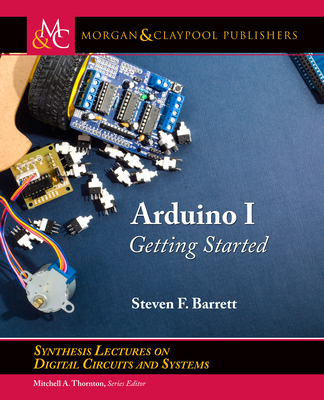 This book is about the Arduino microcontroller and the Arduino concept. The visionary Arduino team of Massimo Banzi, David Cuartielles, Tom Igoe, Gianluca Martino, and David Mellis launched a new innovation in microcontroller hardware in 2005, the concept of open-source hardware. Their approach was to openly share details of microcontroller-based hardware design platforms to stimulate the sharing of ideas and promote innovation. This concept has been popular in the software world for many years. In June 2019, Joel Claypool and I met to plan the fourth edition of Arduino Microcontroller Processing for Everyone Our goal has been to provide an accessible book on the rapidly changing world of Arduino for a wide variety of audiences including students of the fine arts, middle and senior high school students, engineering design students, and practicing scientists and engineers. To make the book more accessible to better serve our readers, we decided to change our approach and provide a series of smaller volumes. Each volume is written to a specific audience. This book, Arduino I: Getting Started is written for those looking for a quick tutorial on the Arduino environment, platforms, interface techniques, and applications. Arduino II will explore advanced techniques, applications, and systems design. Arduino III will explore Arduino applications in the Internet of Things (IoT). Arduino I: Getting Started covers three different Arduino products: the Arduino UNO R3 equipped with the Microchip ATmega328, the Arduino Mega 2560 equipped with the Microchip ATmega2560, and the wearable Arduino LilyPad.