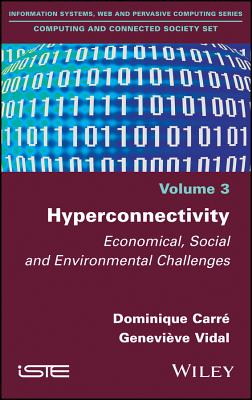 The use of digital information and communication technologies would be the traces of a social acceptability of the exploitation of all data, in the context of negotiations of uses. This is the reason why the users present themselves actors and contributors of the hyperconnectivity.

We would thus witness a new form of dissemination, inviting user experience and social innovations. It is thus the victory of subordination by negotiated renunciation; A new form of serving, no longer that of the 1980s, with the counters and other services, which have become uncontrolled services - excepted when the users are overcome by restrictive ergonomics, revealing too much the subordination device - which joins the prescription apparently without an injunction.

The lure is at its height when users and broadcasters come together to produce the services and goods, composing the business model, until the very existence of the companies, in particular the pure players. Crowdsourcing becomes legitimate: consumers create the content, deliver the data, the basis of the service sold (in a painless way because free access most of the time, indirect financing), the providers make available and administer the service, networks, Interfaces (representing considerable costs), also reputation to attract the attention of other consumers or contributors.

In these conditions, the environmental stakes are considerable, so we propose another way of considering them, not as they are dealt with - material and pollution - but according to the prism of the relational practices analyzed in this volume.