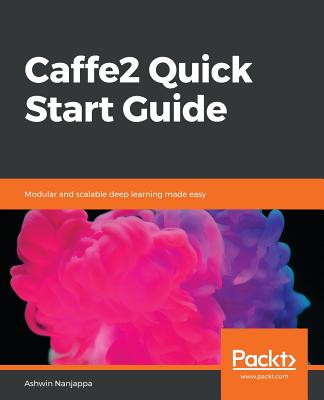 Caffe2 is a popular deep learning library used for fast and scalable training and inference of deep learning models on various platforms. This book introduces you to the Caffe2 framework and shows how you can leverage its power to build, train, and deploy efficient neural network models at scale.

It will cover the topics of installing Caffe2, composing networks using its operators, training models, and deploying models to different architectures. It will also show how to import models from Caffe and from other frameworks using the ONNX interchange format. It covers the topic of deep learning accelerators such as CPU and GPU and shows how to deploy Caffe2 models for inference on accelerators using inference engines. Caffe2 is built for deployment to a diverse set of hardware, using containers on the cloud and resource constrained hardware such as Raspberry Pi, which will be demonstrated.

By the end of this book, you will be able to not only compose and train popular neural network models with Caffe2, but also be able to deploy them on accelerators, to the cloud and on resource constrained platforms such as mobile and embedded hardware.