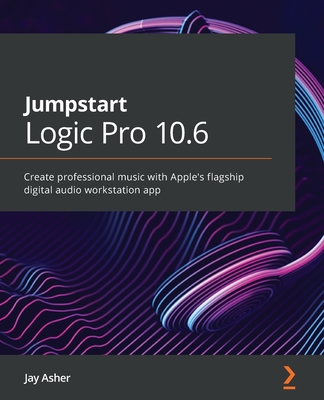 Logic Pro X is Apple's flagship application for music creation, found in many professional music studios across the globe. It is a powerful digital audio workstation that comes with all the software tools that you need to create music that sounds great. In the latest version, Logic Pro X 10.5, Apple has added impressive features to what was already a full package of tools, loops, FX plug-ins, and software instruments.

Providing a comprehensive introduction if you're new to Mac computer music creation, this practical guide will show you how to use Logic Pro X and have you up to speed in no time.

You'll not only understand what Apple's Logic Pro X software can do but also get hands-on with using it to accomplish various musical tasks. The book starts by getting you up and running with the basic terminologies. As you progress, you'll explore how to create audio and MIDI musical parts. To build on your knowledge further, the book will guide you through developing an automated mix. In addition to this, you'll learn how to bounce mixes and audio files for distribution.

By the end of this book, you'll be well-versed with Logic Pro X and have the skills you need to create professional-quality music.

This book is for musicians, songwriters, and music producers who want to learn Logic Pro X from scratch with the help of expert guidance. A basic understanding of music theories such as chords and notes is highly recommended before you get started. This Logic Pro X book also assumes that you'll be working on a Mac.

Jay Asher is an Apple Certified Trainer for Logic Pro X, and the author of "Going Pro with Logic Pro 9" and "Scoring with Logic Pro". He has been a private consultant for many famous rock stars and film/TV composers. A composer and songwriter himself, Jay Asher scored the TV series "Zorro" and has written songs that have been recorded by Julio Iglesias, Whitney Houston, and Donna Summer, among others. He began learning Logic for his own musical endeavors, but along the way, something funny happened: he became a Logic Pro guru!