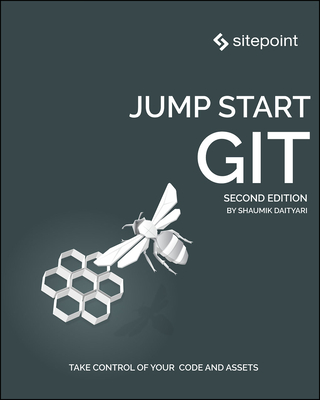 Get a Jump Start on version control with Git today

If you've worked on a web development project of any size, you've probably used Git, the most broadly adopted distributed version control system available. It enables you to store different versions of project files and directories, so you can roll back to an earlier one if something goes wrong. And since it's distributed, it smoothes the path for dev team collaboration.

This short, practical book will help you to:

Whether you're a Git newbie or yo've been using it for some time but only really scratching the surface of its capabilities, this book will help you to gain a deep understanding of how Git works, and how to use it to streamline your workflow.

Shaumik is a data analyst by day, and a comic book enthusiast by night (or maybe, he's Batman?) Shaumik has been writing tutorials and creating screencasts for over five years. When not working, he's busy automating mundane daily tasks through meticulously written scripts!