Law and Life. Why Law? 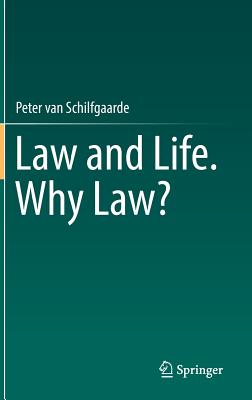 This book approaches law as a human construct meant to strengthen society as it develops through the ages. Knowledge of the law - legal knowledge - is of doubtful value if it ignores the demands and ideals of society. The same goes for the thinking leading to legal knowledge.

This book focuses on a basic concept. That concept is met if the legal thinking, leading to legal knowledge, reaches the level of an independent, law and society oriented, contemplative discipline. A discipline which is in that sense and to that extent in touch with - cherished or less cherished - parts of given law.

​Peter van Schilfgaarde, Professor of Corporate Law in The Netherlands. Member of the Royal Netherlands Academy of Sciences in Amsterdam. Practising lawyer with the Supreme Court of The Netherlands (until 2017). Permanent interest in Legal Philosophy.