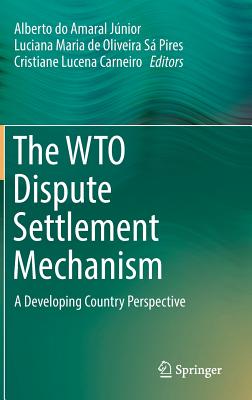 This book offers a multidisciplinary approach to the Dispute Settlement Mechanism (DSM) by bringing together contributions from legal scholars and political scientists. Most of the authors belong to a tightly knit legal epistemic community, trained at the University of S o Paulo and at the top-ranked research and policy centers on WTO law in Europe.
Presenting a novel and unique perspective on the DSM, it provides an analysis of current themes at the heart of the WTO Dispute Settlement Mechanism through the lenses of scholars with a "developing country" perspective.
Focusing on assessment, substance, and process, it presents a three-fold approach to the analysis and offers a singular contribution to the scholarly literature on the WTO.
The book discusses the topic from the viewpoint of individuals deeply involved in the scholarly production as well as the daily operation of the mechanism. The contributors include academics in the fields of international economic law and political science, diplomats, individuals engaged in legal private practice, and individuals affiliated with the WTO as well as WTO-related think tanks. The result is a balanced perspective on pressing issues that have arisen and that are likely to remain at the center of the scholarly and policy debate for years to come.