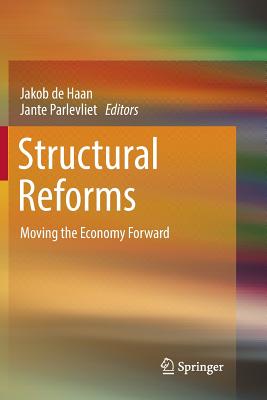 This book presents a selection of contributions on the timely topic of structural reforms in Western economies, written by experts from central banks, the International Monetary Fund, and leading universities. It includes latest research on the impacts of structural reforms on the market economy, especially on the labor market, and investigates the results of collective bargaining in theory and practice. The book also comprises case studies of structural reforms. A literature survey on the topic serves as a valuable source for further research. The book is written by and targeted at both academics and policy makers.

Jante Parlevliet is head of the Economic Policy Department of De Nederlandsche Bank. Prior to joining DNB in 2011, she worked at the Social and Economic Council of the Netherlands and the OECD. She has published various articles on the political economy of structural reforms.