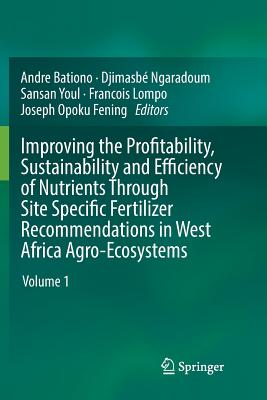 Dr Bationo is from Burkina Faso, and holds a PhD in Soil Chemistry from Laval University (Canada). He is currently the Senior Resource Mobilization Officer, Africa at AGRA. A post he took up after serving as the West Africa Director and Senior Program Officer for the Soil Health Program. Prior to his joining AGRA, Dr. Bationo was the Coordinator of the African Network for Soil Biology and Fertility (AfNet) and the Deputy Director of the Tropical Soil Biology and Fertility Institute (TSBF) in Nairobi, Kenya. Before that, he was a Principal Soil Scientist seconded to ICRISAT's Sahelian Centre by the International Fertilizer Development Center (IFDC). In 2009, he received the annual award from the International Fertilizer Industry Association in Shanghai for his work in soil health. He has over 300 publications to his credit and received the Principal Staff Achievement Award for the year 2004 from the CIAT board and The Highest Civilia

n Award from the Government of Niger for contribution to the development of soil fertility restoration technologies in the Sahel. The Doctorate Honoris Causa award was also inferred on him from the University of Sweden.