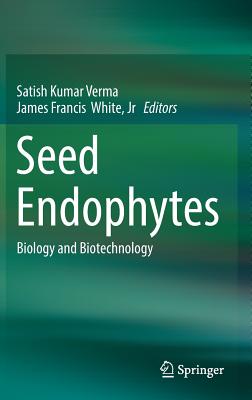 Plant seeds carry not only embryos and nutrients to fuel early seedling growth, but also microbes that modulate development, soil nutrient acquisition, and defense against pathogens and other stressors. Many of these microbes (bacteria and fungi) become endophytic, entering into the tissues of plants, and typically exist within plants without inducing negative effects. Although they have been reported in all plants examined to date, the extent to which plants rely on seed vectored microbiomes to enhance seedling competitiveness and survival is largely unappreciated. How microbes function to increase the fitness of seedlings is also little understood.

The book is a unique and important resource for researchers and students in microbial ecology and biotechnology. Further, it appeals to applied academic and industrial agriculturists interested in increasing crop health and yield.

Department of Plant Biology and Pathology

James White is a Professor at the Department of Plant Biology at Rutgers University, where he teaches undergraduate and graduate courses in the biology of fungi. Dr. White received B.S. and M.S. degrees from Auburn University (Alabama) in Botany and Plant Pathology, respectively, and the Ph.D. degree in Botany from the University of Texas at Austin. Dr. White has published more than 200 scientific articles and book chapters, and has edited five reference books on the topic of plant-microbe symbioses. Dr. White's research interests include the evolutionary development of microbial plant symbioses--including the study of both fossil and extant systems. Recently, together with students and collaborators, he has been examining the roles of endophytic microbes in stimulating plant development and protection from biotic and abiotic stresses.