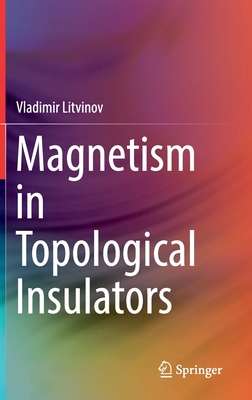 This book serves as a brief introduction to topological insulator physics and device applications. Particular attention is paid to the indirect exchange interaction mediated by near surface Dirac fermions and the spin texture this interaction favors. Along with useful information on semiconductor material systems, the book provides a theoretical background for most common concepts of TI physics. Readers will benefit from up to date information and methods needed to start working in TI physics, theory, experiment and device applications.

Vladimir Litvinov is a principal scientist at Sierra Nevada Corporation, Irvine, California, since 1999. He holds PhD and Doctor of Science degrees in physics from Chernivtsi National University (Ukraine) and the Institute of Physics, Estonian Academy of Sciences (since 1996 Institute of Physics, University of Tartu), respectively. From 1978 to 1996, he was a member and then head of the theoretical lab at the Institute of Materials Science, National Academy of Sciences of Ukraine. From 1996 to 1999, he was a senior research associate at the Center of Quantum Devices, Electrical and Computer Engineering Department, Northwestern University, Evanston, Illinois. His research interests include solid-state and semiconductor physics, optoelectronic devices, spintronics, and millimeter-wave scanning antennas.