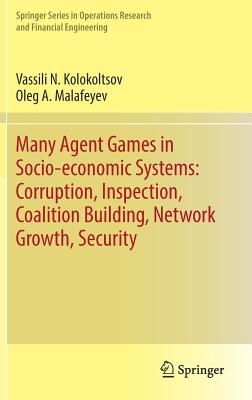 Vassili N. Kolokoltsov is a Professor with the Department of Statistics, University of Warwick. During his career he held various research and teaching positions in Russia, Germany, France, Mexico and UK. He received the St. Petersburg University award for "Research Work in 2011" for the book Understanding Game Theory, written jointly with O. A. Malafeyev.

Oleg A. Malafeyev is the Head of the Department of Mathematical Modeling at St. Petersburg University (Faculty of Applied Mathematics and Control Processes). He is author of more than 200 research works, and several lecture notes, textbooks, and monographs regarding games and mathematical modeling. He received the St. Petersburg University award for "Research Work in 2011" for his book Understanding Game Theory, written jointly with V. N. Kolokoltsov.