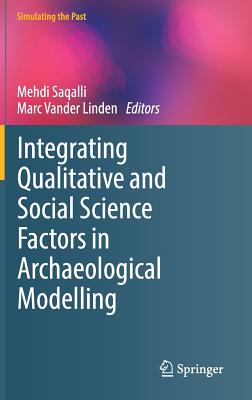 This book covers the methodological, epistemological and practical issues of integrating qualitative and socio-anthropological factors into archaeological modeling. This text fills the gap between conceptual modeling (which usually relies on narratives describing the life of a past community) and formalized/computer-based modeling which are usually environmentally-determined. Methods combining both environmental and social issues through niche and agent-based modeling are presented. These methods help to translate data from paleo-environmental and archaeological society life cycles (such as climate and landscape changes) into the local spatial scale.
The epistemological discussions will appeal to readers as well as the resilience socio-anthropological factors provide facing climatic fluctuations. Integrating Qualitative and Social Science Factors in Archaeological Modelling will appeal to students and researchers in the field.

Agronomist and doctor in farming systems analysis, Mehdi Saqalli works on rural past and present societies through the use of modelling tools, particularly multi-agent tools, for the understanding of localized dynamics combining socio-anthropological and agro-environmental factors in the future of these societies. Field sites concern several present-time tropical and temperate areas on development issues but also past Neolithic societies in Europe and the Mediterranean area. The aim is to formalize this complexity by articulating spatial, temporal and socio-political scales through the use of dynamic spatialized socio-geographical models.

Marc Vander Linden is a specialist in European Later European prehistory and currently holds a temporary lectureship at the University of Cambridge, where he teaches archaeological methods. His research interests include spatial and temporal variability of material culture, early farming systems, demography, development-led archaeolology, and the use of quantitative and modelling methods. He has run fieldwork in Belgium, Syria, Great Britain, Bosnia and Herzegovina and Montenegro.