Practicing the Correspondence Principle in the Old Quantum Theory: A Transformation Through Implementation 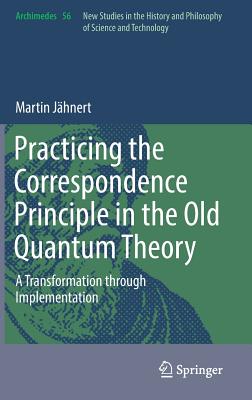 This book presents a history of the correspondence principle from a new perspective. The author provides a unique exploration of the relation between the practice of theory and conceptual development in physics. In the process, he argues for a new understanding of the history of the old quantum theory and the emergence of quantum mechanics.

The analysis looks at how the correspondence principle was disseminated and how the principle was applied as a research tool during the 1920s. It provides new insights into the interaction between theoretical tools and scientific problems and shows that the use of this theoretical tool changed the tool itself in a process of transformation through implementation. This process, the author claims, was responsible for the conceptual development of the correspondence principle.

This monograph connects to the vast literature in the history of science, which analyzed theoretical practices as based on tacit knowledge, skills, and calculation techniques. It contributes to the historical understanding of quantum physics and the emergence of quantum mechanics. Studying how physicists used a set of tools to solve problems, the author spells out the ‟skillful guessing" that went into the making of quantum theoretical arguments and argues that the integration and implementation of technical resources was a central driving force for the conceptual and theoretical transformation in the old quantum theory.