Queer in the Tropics: Gender and Sexuality in the Global South 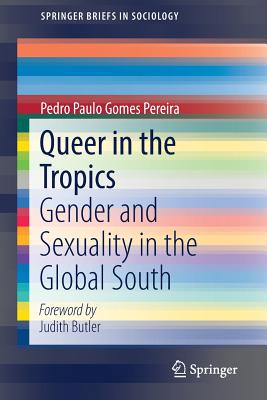 This book aims to reflect on how to translate "queer" in the context of Latin America. Queer theory is becoming consolidated on an international scale as an effort to understand dissident bodies and their inventions. But how can we utilize such a rich body of literature and proposals without merely applying in the Global South what has been formulated in the Global North?

Through meetings between dissident bodies in the Global South, the book suggests that the theoretical-poetic inventions formulated in this part of the world cannot be forgotten and proposes a discussion on how to approach queer theory from a decolonial point of view. There is still only a scant body of literature that systematizes and approaches these questions from a Latin American point of view; or, to use the term that gives this book its name, the "tropics." The book points out the necessity of staying aware of the connections between western modernity and colonial practices.

The book therefore invites us to pass through borders, to question limits, and to allow ourselves to be affected by Others, a fundamental exercise in the context of social inequality as drastic as that in which the majority of the population live in Latin America and in the Global South in general. Theories, like bodies, travel; in being translated, they transform themselves. The movements and the bending of bodies and theories are disturbing and subversive. Queer in the Tropics arises from these translations, from this bending, and from these subversions.