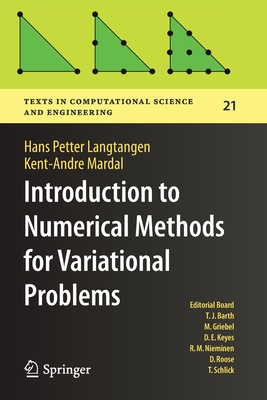 Hans Petter Langtangen (1962 - 2016) was a professor of computer science at the University of Oslo. He was formerly a professor of mechanics and was the Director of "Center for Biomedical Computing", a Norwegian Center of Excellence at the Simula Research Laboratory in Oslo. Langtangen has more than 100 scientific publications, including journal papers and many books, e.g., the bestseller TCSE 6 "A Primer on Scientific Programming with Python" (editions 1 - 5). He has also developed open source and commercial software systems for computational sciences."
Kent-Andre Mardal is a professor of mechanics at the University of Oslo and an adjunct research scientist at Simula Research Laboratory. He has published more than 80 scientific publications, including journal papers, one co-authored book and the co-edited the book about the FEniCS project, for which he was a core developer for many years.