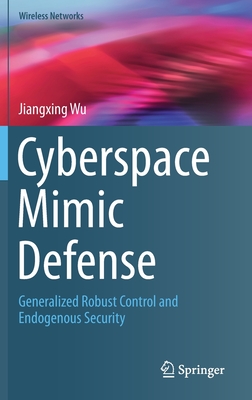 This book discusses uncertain threats, which are caused by unknown attacks based on unknown vulnerabilities or backdoors in the information system or control devices and software/hardware. Generalized robustness control architecture and the mimic defense mechanisms are presented in this book, which could change "the easy-to-attack and difficult-to-defend game" in cyberspace. The endogenous uncertain effects from the targets of the software/hardware based on this architecture can produce magic "mimic defense fog", and suppress in a normalized mode random disturbances caused by physical or logic elements, as well as effects of non-probability disturbances brought by uncertain security threats.
Although progress has been made in the current security defense theories in cyberspace and various types of security technologies have come into being, the effectiveness of such theories and technologies often depends on the scale of the prior knowledge of the attackers, on the part of the defender and on the acquired real-timing and accuracy regarding the attackers' behavior features and other information. Hence, there lacks an efficient active defense means to deal with uncertain security threats from the unknown. Even if the bottom-line defense technologies such as encrypted verification are adopted, the security of hardware/software products cannot be quantitatively designed, verified or measured. Due to the "loose coupling" relationship and border defense modes between the defender and the protected target, there exist insurmountable theoretical and technological challenges in the protection of the defender and the target against the utilization of internal vulnerabilities or backdoors, as well as in dealing with attack scenarios based on backdoor-activated collaboration from both inside and outside, no matter how augmented or accumulated protective measures are adopted. Therefore, it is urgent to jump out of the stereotyped thinking based on conventional defense theories and technologies, find new theories and methods to effectively reduce the utilization of vulnerabilities and backdoors of the targets without relying on the priori knowledge and feature information, and to develop new technological means to offset uncertain threats based on unknown vulnerabilities and backdoors from an innovative perspective.
This book provides a solution both in theory and engineering implementation to the difficult problem of how to avoid the uncontrollability of product security caused by globalized marketing, COTS and non-trustworthy software/hardware sources. It has been proved that this revolutionary enabling technology has endowed software/hardware products in IT/ICT/CPS with endogenous security functions and has overturned the attack theories and methods based on hardware/software design defects or resident malicious codes.
This book is designed for educators, theoretical and technological researchers in cyber security and autonomous control and for business technicians who are engaged in the research on developing a new generation of software/hardware products by using endogenous security enabling technologies and for other product users. Postgraduates in IT/ICT/CPS/ICS will discover that (as long as the law of "structure determines the nature and architecture determines the security is properly used), the problem of software/hardware design defects or malicious code embedding will become the swelling of Achilles in the process of informationization and will no longer haunt Pandora's box in cyberspace. Security and opening-up, advanced progressiveness and controllability seem to be contradictory, but there can be theoretically and technologically unified solutions to the problem.

Jiangxing WU serves as the Director of China National Digital Switching System Engineering & Technological R&D Center. He was elected as a Fellow of China Academy of Engineering in 2003. As a renowned expert in information & communication and network switching in China, he has played an important role in China and worked as the Vice Director in the communication section and the Vice Director of the Expert Board in the information section in the 8th, 9th, 10th and 11th Five-year Plans of China National High-tech R&D Program (863 Program); he has been the General Director of the High Speed Information Demonstration Network(CAINONet), 3TNet, the Next Generation Broadcasting Network (NGB) and the New Concept High-efficient Computer System and Architecture R&D. He took charge of the New Generation High Credibility Network and Flexible Reconfiguration Network and served as the Director of the Technical Board of the Mobile Communication for the National Key Technologies R&D Program and the First Vice Director of the Expert Board of the National Tri-network Convergence Committee. From 1990s, after the great success of the first high capacity Digital SPC Switching System in China, Jiangxing Wu successively presided over the development of the first high-speed core router in China, the world's first massive Access Convergence Router (ACR) and information communication core infrastructure of the Flexible Reconfiguration Network. In 2013 he first launched the high-efficient computer prototype based on Mimic Computing and the theory of Cyberspace Mimic Defense, which went successfully through the test and assessment in 2016.He was awarded the First Prize for National Science and Technological Progress for three times and the Second Prize for the National Science and Technological Progress for four times in addition to the First Prize of the National Teaching Achievement Award. He received the Prize for Scientific and Technological Progress from Ho Leung Ho Lee Foundation in 1995 and the Prize for Scientific and Technological Achievements from the same foundation in 2015. Wu's team was awarded four times with the First Prize of th National Science and Technology Progress Award, nine times with the Second Prize of the National Science and Technology Progress Award and recognized in honor as the Innovation Team of State Science and Technology Progress Award in 2015.