Reflections on Socialism in the Twenty-First Century: Facing Market Liberalism, Rising Inequalities and the Environmental Imperative 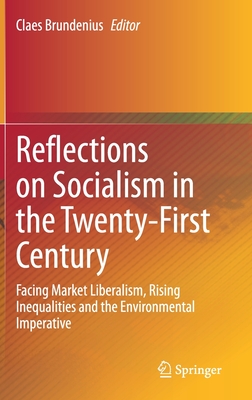 In this volume, the authors reflect on the question "what is socialism" as it pertains to today's economy. There is particular emphasis on democratic socialism models as a potential alternative to classic authoritarian socialism. A number of topical questions are addressed such as: What is democratic socialism and is it feasible, or even viable? What can be learnt from existing democratic socialist experiences? What would an ideal democratic socialist society look like today? Under what circumstances, and where, could such a model emerge today? In exploring these questions, several themes arise within these chapters such as the role of socialist values and inspirations in capitalist societies; and how capitalism and socialism relate to the knowledge economy.

The contemporary world is showing many contradictions with uncertain future scenarios that preoccupy mankind. The global capitalist system as we know it is in deep crisis--and some even predict its slow death, because of its inability to handle the environmental imperative. At the same time, classic socialism as experienced in the Soviet Union and its proxies is a stone dead alternative to capitalism today. So what options remain? The book considers this question as it examines a range of countries where socialism (in one form or another) has arisen, or where democratic socialism could be possible, including Brazil, Chile, Cuba, Sweden and the United States.

Claes Brundenius is Professor Emeritus at the Lund School of Economics and Management, Lund University, Lund, Sweden. He is also Professorial Fellow at UNU-MERIT, Maastricht, the Netherlands. His research field is economic development and the political economy of science and technology. He has worked at the Organisation for Economic Co-operation and Development (OECD) in Paris, France and also for international agencies in Latin America, Africa and Asia. He has written extensively on economic and social development in Latin America, Africa and Asia, especially on the role of science, technology and innovation.