III-V Compound Semiconductors and Devices: An Introduction to Fundamentals 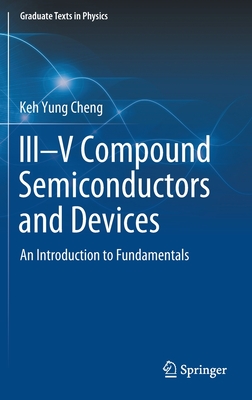 Keh-Yung Norman Cheng received his Ph.D. degree from Stanford University in 1975 and currently is the Dean of the College of Electrical Engineering and Computer Science at the National Tsing Hua University. In 1979-81 he was a member of Technical Staff at AT&T Bell Laboratories, Murray Hill, New Jersey. Since 1987 he was a professor in the Department of Electrical and Computer Engineering at the University of Illinois at Urbana-Champaign. He became an emeritus professor in August 2010 and joined the Electrical Engineering Department of the National Tsing Hua University in Taiwan. His special fields of interest are molecular beam epitaxy (MBE), compound semiconductor optoelectronic, and nanostructure device technologies. He has authored or coauthored over 400 journal and conference papers, and two book chapters. He is a Fellow of IEEE and AAAS, and a recipient of the 2007 MBE Innovator Award.