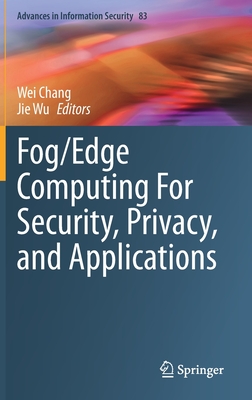 Jie Wu is the Director of the Center for Networked Computing and Laura H. Carnell professor at Temple University. He also serves as the Director of International Affairs at College of Science and Technology. He served as Chair of Department of Computer and Information Sciences from the summer of 2009 to the summer of 2016 and Associate Vice Provost for International Affairs from the fall of 2015 to the summer of 2017. Prior to joining Temple University, he was a program director at the National Science Foundation and was a distinguished professor at Florida Atlantic University. His current research interests include mobile computing and wireless networks, routing protocols, cloud and green computing, network trust and security, and social network applications. Dr. Wu regularly publishes in scholarly journals, conference proceedings, and books. He serves on several editorial boards, including IEEE Transactions on Mobile Computing, IEEE Transactions on Service Computing, Journal of Parallel and Distributed Computing, and Journal of Computer Science and Technology. Dr. Wu was general co-chair for IEEE MASS 2006, IEEE IPDPS 2008, IEEE ICDCS 2013, ACM MobiHoc 2014, ICPP 2016, and IEEE CNS 2016, as well as program cochair for IEEE INFOCOM 2011 and CCF CNCC 2013. He was an IEEE Computer Society Distinguished Visitor, ACM Distinguished Speaker, and chair for the IEEE Technical Committee on Distributed Processing (TCDP). Dr. Wu is a Fellow of the AAAS and a Fellow of the IEEE. He is the recipient of the 2011 China Computer Federation (CCF) Overseas Outstanding Achievement Award.
Wei Chang is Assistant Professor at the Computer Science Department, Saint Joseph's University, Pennsylvania, USA. He received a Ph.D. in Computer Science from Temple University in 2016, and B.S. from Beijing University of Posts and Telecommunications in 2009. His research interests include social information-assisted system design, and its related security and privacy issues. Dr. Chang was General Chairs of IWMSN 2020, AFEC 2020, IWMSN 2019, TrustData 2019, and TrustData 2018, and Program Committee members for IEEE ICCCN 2020, ICDCS 2019, SmartWorld 2019, iSCI 2019, SmartWorld 2018, BigTrust 2018, TrustData 2017, ICCCN 2017 and ICA3PP 2017. Dr. Chang also serves as the coordinator of the Cybersecurity (CSEC) Program at the Department of Computer Science, Saint Joseph's University.