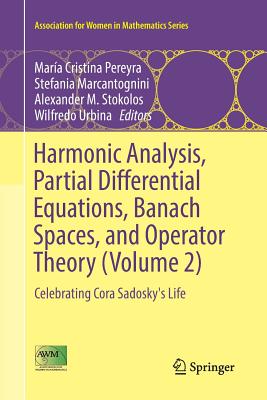 This book is the second of a two volume series. Covering a range of subjects from operator theory and classical harmonic analysis to Banach space theory, this book features fully-refereed, high-quality papers exploring new results and trends in weighted norm inequalities, Schur-Agler class functions, complex analysis, dynamical systems, and dyadic harmonic analysis. Graduate students and researchers in analysis will find inspiration in the articles collected in this volume, which emphasize the remarkable connections between harmonic analysis and operator theory. A survey of the two weight problem for the Hilbert transform and an expository article on the Clark model to the case of non-singular measures and applications to the study of rank-one perturbations are included.

The material for this volume is based on the 13th New Mexico Analysis Seminar held at the University of New Mexico, April 3-4, 2014 and on several special sections of the Western Spring Sectional Meeting at the University of New Mexico, April 4-6,2014. During the event, participants honored the memory of Cora Sadosky--a great mathematician who recently passed away and who made significant contributions to the field of harmonic analysis. Cora was an exceptional scientist and human being. She was a world expert in harmonic analysis and operator theory, publishing over fifty-five research papers and authoring a major textbook in the field. Participants of the conference include new and senior researchers, recent doctorates as well as leading experts in the area.