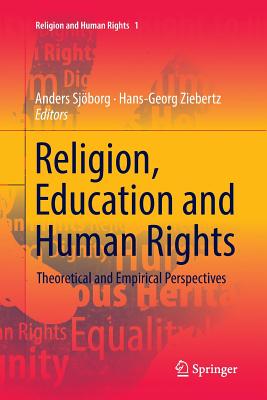 This book examines the interconnectedness between religion, education, and human rights from an international perspective using an interdisciplinary approach. It deals with compulsory or secondary school education in different contexts, as well as higher education, and has as its common theme the multiplicity of secularisms in different national contexts. Presenting rich cases, the contributions include empirical and theoretical perspectives on how international trends of migration and cultural diversity, as well as judicialization of social and political processes, and rapid religious and social changes come into play as societies find their way in an increasingly diverse context. The book contains chapters that present case studies on how confessional or non-confessional Religious Education (RE) at schools in different societal contexts is related to the concept of universal human rights. It presents cases studies that display an intriguing array of problems that point to the role of religion in the public sphere and show that historical contexts play important and different roles. Other contributions deal with higher education, where one questions how human rights as a concept and as discourse is taught and examines whether withdrawing from certain clinical training when in university education to become a medical doctor or a midwife on the grounds of conscientious objections can be claimed as a human right. From a judicial point of view one chapter discerns the construction of the concept of religion in the Swedish Education Act, in relation to the Swedish constitution as well European legislation. Finally, an empirical study comparing data from young people in six different countries in three continents investigates factors that explain attitudes towards human rights.