On Sets and Graphs: Perspectives on Logic and Combinatorics 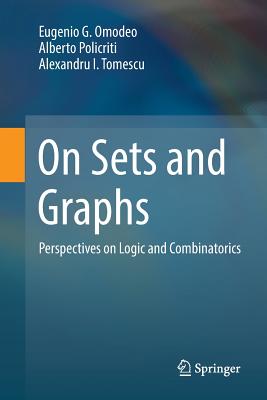 This treatise presents an integrated perspective on the interplay of set theory and graph theory, providing an extensive selection of examples that highlight how methods from one theory can be used to better solve problems originated in the other. Features: explores the interrelationships between sets and graphs and their applications to finite combinatorics; introduces the fundamental graph-theoretical notions from the standpoint of both set theory and dyadic logic, and presents a discussion on set universes; explains how sets can conveniently model graphs, discussing set graphs and set-theoretic representations of claw-free graphs; investigates when it is convenient to represent sets by graphs, covering counting and encoding problems, the random generation of sets, and the analysis of infinite sets; presents excerpts of formal proofs concerning graphs, whose correctness was verified by means of an automated proof-assistant; contains numerous exercises, examples, definitions, problems and insight panels.

Dr. Eugenio G. Omodeo is a professor in the Department of Mathematics and Geosciences at the University of Trieste, Italy. His other publications include the Springer title Computational Logic and Set Theory.

Dr. Alberto Policriti is a Professor of Computer Science in the Department of Mathematics, Computer Science, and Physics at the University of Udine, Italy. Together with Dr. Eugenio G. Omodeo, he is co-author of the Springer title Set Theory for Computing.

Dr. Alexandru I. Tomescu is a postdoctoral researcher in the Department of Computer Science at the University of Helsinki, Finland.