Uncertainty in Economics: A New Approach 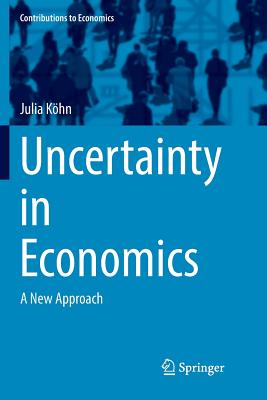 In this book the author develops a new approach to uncertainty in economics, which calls for a fundamental change in the methodology of economics. It provides a comprehensive overview and critical appraisal of the economic theory of uncertainty and shows that uncertainty was originally conceptualized both as an epistemic and an ontological problem. As a result of the economic professions' attempt to become acknowledged as a science, the more problematic aspect of ontological uncertainty has been neglected and the subjective probability approach to uncertainty became dominant in economic theory. A careful analysis of ontological theories of uncertainty explains the blindness of modern economics to economic phenomena such as instability, slumps or excessive booms. Based on these findings the author develops a new approach that legitimizes a New Uncertainty Paradigm in economics.

Julia Köhn studied Business, Economics & Philosophy at Witten/Herdecke University and at the Erasmus Institute for Economics and Philosophy at the Erasmus University Rotterdam. She is scholar of the Konrad-Adenauer Foundation and member of the Think Thank "New Social Market Economy" as well as the Young Scholars Initiative of the Institute for New Economic Thinking in New York.