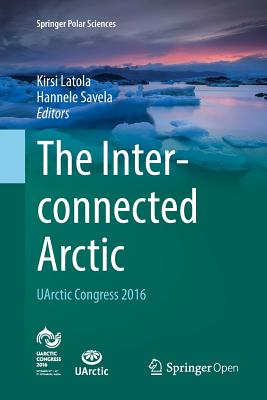 This open access book presents the most current research results and knowledge from five multidisciplinary themes: Vulnerability of Arctic Environments, Vulnerability of Arctic Societies, Local and Traditional Knowledge, Building Long-term Human Capacity, New Markets for the Arctic, including tourism and safety. The themes are those discussed at the first ever UArctic Congress Science Section, St. Petersburg, Russia, September 2016. The book looks at the Arctic from a holistic perspective; how the environment (both marine and terrestrial) and communities can adapt and manage the changes due to climate change. The chapters provide examples of the state-of-the-art research, bringing together both scientific and local knowledge to form a comprehensive and cohesive volume. Except where otherwise noted, this book is licensed under a Creative Commons Attribution 4.0 International License. To view a copy of this license, visit http: //creativecommons.org/licenses/by/4.0/.

The first ever UArctic Congress science section in St.Petersburg in September 2016 has taken its themes from ICARP III statement and report. The third International Conference on Arctic Research Planning (ICARP III) provided a framework for identifying Arctic science priorities for the next decade; coordinating various Arctic research agendas; informing policy makers, people who live in or near the Arctic and the global community and building constructive relationships between producers and users of knowledge. It was an effort of over 20 Arctic organisations and after the final conference in Toyama 2015 first the statement was given and then in early 2016 the report. The key points given at the statement were used in planning the UArctic congress themes:

5. New markets for the Arctic, including trade, tourism and transportation.