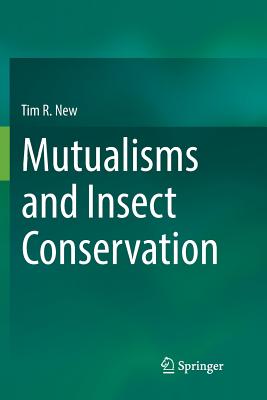 Documenting and understanding intricate ecological interactions involving insects is a central need in conservation, and the specialised and specific nature of many such associations is displayed in this book. Their importance is exemplified in a broad global overview of a major category of interactions, mutualisms, in which the interdependence of species is essential for their mutual wellbeing. The subtleties that sustain many mutualistic relationships are still poorly understood by ecologists and conservation managers alike. Examples from many parts of the world and ecological regimes demonstrate the variety of mutualisms between insect taxa, and between insects and plants, in particular, and their significance in planning and undertaking insect conservation - of both individual species and the wider contexts on which they depend. Several taxonomic groups, notably ants, lycaenid butterflies and sucking bugs, help to demonstrate the evolution and flexibility of mutualistic interactions, whilst fundamental processes such as pollination emphasise the central roles of, often, highly specific partnerships. This compilation brings together a wide range of relevant cases and contexts, with implications for practical insect conservation and increasing awareness of the roles of co-adaptations of behaviour and ecology as adjuncts to designing optimal conservation plans. The three major themes deal with the meanings and mechanisms of mutualisms, the classic mutualisms that involve insect partners, and the environmental and conservation lessons that flow from these and have potential to facilitate and improve insect conservation practice. The broader ecological perspective advances the transition from primary focus on single species toward consequently enhancing wider ecological contexts in which insect diversity can thrive.

Emeritus Professor Tim New is an entomologist with broad interests in insect systematics, ecology and conservation. For long based at LaTrobe University, Melbourne, he has traveled widely to collect and study insects in many parts of the world, and his extensive publications on these topics include about 45 books. He is recognized globally as one of the leading advocates for insect conservation.