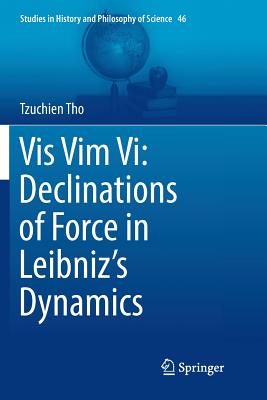 This book presents a systematic reconstruction of Leibniz's dynamics project (c. 1676-1700) that contributes to a more comprehensive understanding of the concepts of physical causality in Leibniz's work and 17th century physics. It argues that Leibniz's theory of forces privileges the causal relationship between structural organization and physical phenomena instead of body-to-body mechanical causation. The mature conception of Leibnizian force is not the power of one body to cause motion in another, but a kind of structural causation related to the configuration of integral systems of bodies in physical evolution. By treating the immanent philosophy of Leibniz's dynamics, this book makes explicit the systematic aims and inherent limits of Leibniz's physical project, in addition to providing an alternative vision of the scientific understanding of the physical world in the late 17th and early 18th century.

Tzuchien Tho is postdoctoral research fellow at the Università degli Studi di Milano and formerly at the Institute for Research in the Humanities (University of Bucharest). He has published papers on the intersections of mathematics, ontology and natural science in the 17th and the 20th century.