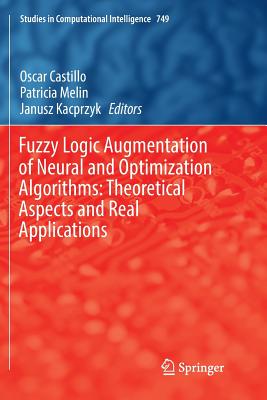 This book comprises papers on diverse aspects of fuzzy logic, neural networks, and nature-inspired optimization meta-heuristics and their application in various areas such as intelligent control and robotics, pattern recognition, medical diagnosis, time series prediction and optimization of complex problems. The book is organized into seven main parts, each with a collection of papers on a similar subject. The first part presents new concepts and algorithms based on type-2 fuzzy logic for dynamic parameter adaptation in meta-heuristics. The second part discusses network theory and applications, and includes papers describing applications of neural networks in diverse areas, such as time series prediction and pattern recognition. The third part addresses the theory and practice of meta-heuristics in different areas of application, while the fourth part describes diverse fuzzy logic applications in the control area, which can be considered as intelligent controllers. The next two parts explore applications in areas, such as time series prediction, and pattern recognition and new optimization and evolutionary algorithms and their applications respectively. Lastly, the seventh part addresses the design and application of different hybrid intelligent systems.