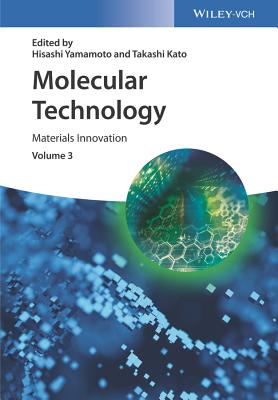 Edited by foremost leaders in chemical research together with a number of distinguished international authors, this third volume summarizes the most important and promising recent developments in material science in one book.

Hisashi Yamamoto is Professor at the University of Chicago. He received his Ph.D. from Harvard under the mentorship of Professor E. J. Corey. His first academic position was as Assistant Professor and lecturer at Kyoto University, and in 1977 he was appointed Associate Professor of Chemistry at the University of Hawaii. In 1980 he moved to Nagoya University where he became Professor in 1983. In 2002, he moved to United States as Professor at the University of Chicago. He has been honored to receive the Prelog Medal in 1993, the Chemical Society of Japan Award in 1995, the National Prize of Purple Medal (Japan) in 2002, Yamada Prize in 2004, and Tetrahedron Prize in 2006 and the ACS Award for Creative Work in Synthetic Organic Chemistry to name a few. He authored more than 500 papers, 130 reviews and books (h-index 90). Takashi Kato is a Professor at the Department of Chemistry and Biotechnology at the University of Tokyo since 2000. After his postdoctoral research at Cornell University, Department of Chemistry with Professor Jean M. J. Frechet, he joined the University of Tokyo. He is the recipient of The Chemical Society of Japan Award for Young Chemists (1993), The Wiley Polymer Science Award (Chemistry), the 17th IBM Japan Science Award (Chemistry), the 1st JSPS (Japan Society for the Promotion of Science) Prize and the Award of Japanese Liquid Crystal Society (2008). He is the editor in chief of the "Polymer Journal", and member of the editorial board of "New Journal of Chemistry".