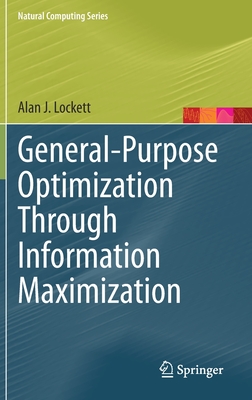 This book examines the mismatch between discrete programs, which lie at the center of modern applied mathematics, and the continuous space phenomena they simulate. The author considers whether we can imagine continuous spaces of programs, and asks what the structure of such spaces would be and how they would be constituted. He proposes a functional analysis of program spaces focused through the lens of iterative optimization.

The author begins with the observation that optimization methods such as Genetic Algorithms, Evolution Strategies, and Particle Swarm Optimization can be analyzed as Estimation of Distributions Algorithms (EDAs) in that they can be formulated as conditional probability distributions. The probabilities themselves are mathematical objects that can be compared and operated on, and thus many methods in Evolutionary Computation can be placed in a shared vector space and analyzed using techniques of functional analysis. The core ideas of this book expand from that concept, eventually incorporating all iterative stochastic search methods, including gradient-based methods. Inspired by work on Randomized Search Heuristics, the author covers all iterative optimization methods and not just evolutionary methods. The No Free Lunch Theorem is viewed as a useful introduction to the broader field of analysis that comes from developing a shared mathematical space for optimization algorithms. The author brings in intuitions from several branches of mathematics such as topology, probability theory, and stochastic processes and provides substantial background material to make the work as self-contained as possible.

The book will be valuable for researchers in the areas of global optimization, machine learning, evolutionary theory, and control theory.

Alan J. Lockett received his PhD in 2012 at the University of Texas at Austin under the supervision of Risto Miikkulainen, where his research topics included estimation of temporal probabilistic models, evolutionary computation theory, and learning neural network controllers for robotics. After a postdoc in IDSIA (Lugano) with Jürgen Schmidhuber he now works for CS Disco in Houston.