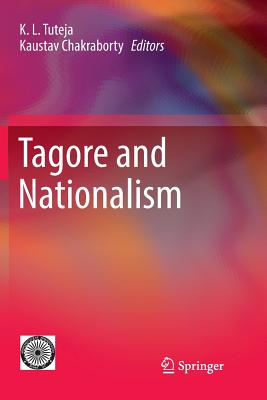 This volume brings together eminent Tagore scholars and younger writers to revisit the concepts of nation, nationalism, identity and selfhood, civilization, culture and homeland in Tagore's writings. As these ideas take up the centre-stage of politics in the subcontinent as also elsewhere in the world in the 21st century, it becomes extremely relevant to revisit his works in this context.
Tagore's ambivalence towards nationalism as an ideology was apparent in the responses in his discussions with Indians and non-Indians alike. Tagore developed the concept of 'syncretic' civilization as a basis of nationalist civilizational unity, where society was central, unlike the European model of state-centric civilization. However, as the subterranean tensions of communalism became clear in the early 20th century, Tagore reflexively critiqued his own political position in society. He thus emerged as the critic of the nation/nation-state and in this he shared his deep unease with other thinkers like Romain Rolland and Albert Einstein.
This volume for the first time covers the socio-political, historical, literary and cultural concerns relating to Tagore's efforts towards the 'de-colonization' of the Self. The volume begins with various perspectives on Tagore's 'ambivalence' about nationalism. It encompasses critical examinations of Tagore's literary works and other art forms as well as adaptations of his works on film. It also reads Tagore's nationalism in a comparative mode with contemporary thinkers in India and abroad who were engaged in similar debates.

K.L. Tuteja, PhD, is Former Professor of Modern Indian History at Kurukshetra University, Kurukshetra and currently, Tagore Fellow at the Indian Institute of Advanced Study, Shimla.
Kaustav Chakraborty, PhD, is Assistant Professor and Head, Department of English, Southfield (Loreto) College, Darjeeling, West Bengal. He has completed a major Research Project on tribal folklore sponsored by the University Grants Commission and is the editor of the Prentice Hall, India edition of Indian Drama in English. Presently, he is a fellow at IIAS, Shimla.