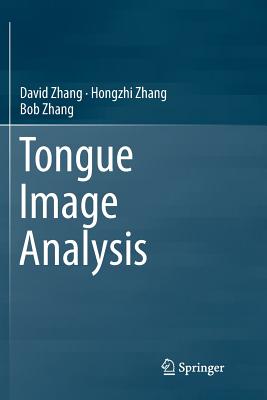 This is the first book offering a systematic description of tongue image analysis and processing technologies and their typical applications in computerized tongue diagnostic (CTD) systems. It features the most current research findings in all aspects of tongue image acquisition, preprocessing, classification, and diagnostic support methodologies, from theoretical and algorithmic problems to prototype design and development of CTD systems. The book begins with a very in-depth description of CTD on a need-to-know basis which includes an overview of CTD systems and traditional Chinese medicine (TCM) in order to provide the information on the context and background of tongue image analysis. The core part then introduces algorithms as well as their implementation methods, at a know-how level, including image segmentation methods, chromatic correction, and classification of tongue images. Some clinical applications based on these methods are presented for the show-how purpose in the CTD research field. Case studies highlight different techniques that have been adopted to assist the visual inspection of appendicitis, diabetes, and other common diseases. Experimental results under different challenging clinical circumstances have demonstrated the superior performance of these techniques. In this book, the principles of tongue image analysis are illustrated with plentiful graphs, tables, and practical experiments to provide insights into some of the problems. In this way, readers can easily find a quick and systematic way through the complicated theories and they can later even extend their studies to special topics of interest. This book will be of benefit to researchers, professionals, and graduate students working in the field of computer vision, pattern recognition, clinical practice, and TCM, as well as those involved in interdisciplinary research.

David Zhang graduated in Computer Science from Peking University. He received his MSc in 1982 and his PhD in 1985 in Computer Science from the Harbin Institute of Technology (HIT). From 1986 to 1988 he was a postdoctoral fellow at Tsinghua University and then an associate professor at the Academia Sinica, Beijing. In 1994 he received his second PhD in Electrical and Computer Engineering from the University of Waterloo, Ontario, Canada. Currently, he is a Chair Professor at the Hong Kong Polytechnic University, where he is the Founding Director of Biometrics Research Centre (UGC/CRC), which has been supported by the Hong Kong SAR Government since 1998. He also serves as Visiting Chair Professor at Tsinghua University and HIT, and Adjunct Professor at Shanghai Jiao Tong University, Peking University, the National University of Defense Technology and the University of Waterloo. So far, he has been published more than 10 books and 400 international journal papers. He was listed as a highly cited researcher in Engineering by Thomson Reuters in 2014 and in 2015, respectively. Professor Zhang is a Croucher senior research fellow, distinguished speaker of the IEEE computer society, and a Fellow of both the IEEE and the IAPR.
Hongzhi Zhang received his Ph.D. degree in computer science and technology from Harbin institute of Technology (HIT), China, in 2007. He is an associate Professor at the School of Computer Science and Technology, HIT, where he has taught for over 15 years. He teaches biomedical image processing and has investigated computerized tongue diagnosis at the Research Center of Perception and Computing. He is a member of the IEEE, the Chinese Association for Artificial Intelligence (CAAI), and the China Society of Integrated Traditional Chinese and Western Medicine. His research interests include theoretic approaches to problems in biomedical imaging, biometric image analysis, computer vision, and signal processing. His research has been supported by grants from the National Natural Science Foundation of China. He is the author of more than 70 international journal and conference papers.
Bob Zhang received his Ph.D. degree in electrical and computer engineering from the University of Waterloo, Waterloo, Canada, in 2011. After graduating from Waterloo, he remained with the Center for Pattern Recognition and Machine Intelligence, and was later a postdoctoral researcher at the Department of Electrical and Computer Engineering at Carnegie Mellon University, Pittsburgh, USA. He is currently an assistant professor in the Department of Computer and Information Science, University of Macau, Taipa, Macau. His research interests focus on medical biometrics, biometrics security, pattern recognition, and image processing. Dr. Zhang is a Technical Committee Member of the IEEE Systems, Man, and Cybernetics Society, an Associate Editor for the International Journal of Image and Graphics, as well as an editorial board member for the International Journal of INFORMATION.