Unravelling Complexity: The Life and Work of Gregory Chaitin 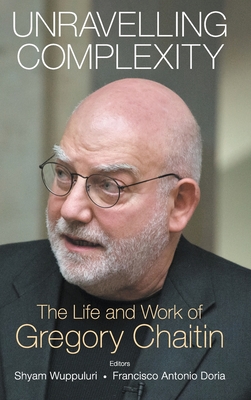 The revolutions that Gregory Chaitin brought within the fields of science are well known. From his discovery of algorithmic information complexity to his work on G del's theorem, he has contributed deeply and expansively to such diverse fields.This book attempts to bring together a collection of articles written by his colleagues, collaborators and friends to celebrate his work in a festschrift. It encompasses various aspects of the scientific work that Chaitin has accomplished over the years. Topics range from philosophy to biology, from foundations of mathematics to physics, from logic to computer science, and all other areas Chaitin has worked on.It also includes sketches of his personality with the help of biographical accounts in some unconventional articles that will provide a rare glimpse into the personal life and nature of Chaitin.Compared to the other books that exist along a similar vein, this book stands out primarily due to its highly interdisciplinary nature and its scope that will attract readers into Chaitin's world.