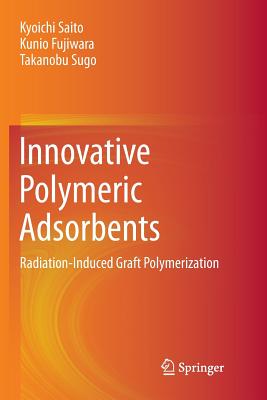 This book presents the reader with a story-based narrative of discovery and development of radiation-induced graft polymerization. The report presented here accomplishes this by relating the inspiring account of research and development based on long-term collaboration among a professor, an engineer, and an entrepreneur. Their goal, ultimately successful, was to come up with a method for grafting functional polymer chains onto existing trunk polymers. The desired outcome was to produce feasible forms for practical use as adsorbents such as porous hollow-fiber membranes, porous sheets, nonwoven fabrics, and fibers. Adsorbents that specifically and efficiently bind to target ions and molecules are essential for capturing uranium species in seawater and antibody drugs in biological fluids and for removing metal ions from ultrapure water and radioactive cesium ions from contaminated water.
This unique volume, with its clearly written text and many illustrative figures and diagrams, demonstrates the advantages of the high-adsorption capacity and rate and the easy handling of new polymeric adsorbents over conventional adsorbents. The dynamic behavior of graft chains as described here is certain to appeal especially to chemists, physicists, and material scientists as well as to other readers with an interest in this valuable subject.

Kyoichi SAITO is a Professor at the Department of Applied Chemistry and Biotechnology, Chiba University, Chiba, Japan. He received his M.S. and Ph.D. in chemical engineering from the University of Tokyo. He has been researching the recovery and removal of metal ions and proteins using various forms of adsorbents prepared by radiation-induced graft polymerization. In these areas, he has published over 200 articles in various journals.
Kunio FUJIWARA is the Division Manager of Research and Development at KJK Co., Takasaki, Japan. He worked at EBAEA Co. from 1973 to 2010, where he succeeded in commercializing chemical filters capable of removing trace amounts of impurities in air from ultraclean rooms of semiconductor fabrication plants. He was the first person to design and operate a continuous production system of materials by preirradiation grafting. He received his Ph.D. from Chiba University in 2015.
Takanobu SUGO is President of KJK Co., Takasaki, Japan. He started research on radiation chemistry at Japan Atomic Energy Research Institute in 1965. In 1986, he won the Award from the Director-General of the Science and Technology Agency, Japan, for the development of the diaphragm of alkaline batteries. He collected about 1 kg of uranium from seawater using an adsorbent-packed bed submerged in the Pacific Ocean in 1999. He founded KJK Co., Takasaki, Japan, in 1999. He received his Ph.D. from National Institution for Academic Degrees, Japan, in 2001.