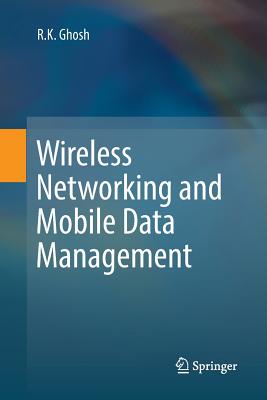 This book examines two main topics, namely, Wireless Networking and Mobile Data Management. It is designed around a course the author began teaching to senior undergraduate and master's students at the Department of Computer Science & Engineering of the Indian Institute of Technology Kanpur.

The first part of the book, consisting of eight chapters, including the introduction, focuses exclusively on wireless networking aspects. It begins with cellular communication systems, which provided the foundation of wireless networking principles. Three subsequent chapters are devoted to the Global System for Mobile communication (GSM), Wireless Local Area Network (WLAN), Bluetooth, infrared (IR), ZigBee and 6LoWPAN protocols. There is also a chapter on routings in ad hoc networks, an area that is currently being intensively researched due to its potential applications in areas of vehicular network, traffic management, tactical and military systems. Furthermore, the book discusses mobile operating systems and wireless network application level protocols such as Wireless Application Protocols (WAP), Mobile IP and Mosh.

The second part highlights mobile data management. It addresses the issues like location management, the importance of replication and caching in mobile environments, the concept of broadcast disk and indexing in air, storage systems for sharing data in mobile environments, and building smart environments. Given that the design of algorithms is the key to applications in data management; this part begins with a chapter on the type of paradigm shift that has been introduced in the design of algorithms, especially due to asymmetry in mobile environments. Lastly, the closing chapter of the book explores smart environments, showing the readers how wireless technology and mobile data management can be combined to provide optimum comfort for human life. Though the book has been structured as a monograph, it can be used both as a textbook and as a reference material for researchers and developers working in the area.

Dr. Ghosh has published extensively in professional journals on wireless sensor networks, mobile applications and services, parallel and distributed systems, graph theory, and the operation of large datacenters. He has co-authored one book and edited several conference proceedings, as well as authored a few book chapters in the general area of Mobile Applications and Services. Dr. Ghosh has worked on several projects related to parallel processing, distributed software engineering, mobile and cloud computing, some of which involved international collaborations with the researchers from the University of Trento, Italy, Airbus Industrie France, Commonwealth Scientific and Industrial Research Organisation (CSIRO), Australia, University of Melbourne, Australia, and University of Texas at Arlington, USA. His pedagogic interests led to a collection of animation programs for teaching Data Structure and Algorithms at the undergraduate level. A partial collection of these animation programs grouped as Ghosh's collection is available at http: //algoviz.org/node/641.