Earthquake and Disaster Risk: Decade Retrospective of the Wenchuan Earthquake 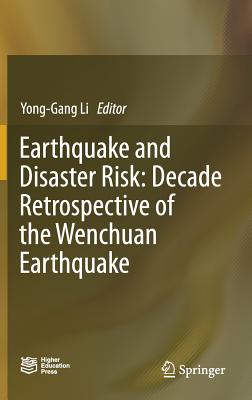 This book presents review papers and research articles focusing on the 2008 Wenchuan earthquake in Sichuan, China, discussing cross-disciplinary and multiple thematic aspects of modern seismological, geophysical, geological and stochastic methodology and technology. Resulting from international and regional earthquake research and disaster mitigation collaborations, and written by international authors from multiple institutions and disciplines, it describes methods and techniques in earthquake science based on investigations of the Wenchuan earthquake. It also includes extensive reference lists to aid further research.

The book helps both senior researchers and graduate students in earthquake science to broaden their horizons in data analysis, numerical modeling and structural retrieval for the tectonic, geological, geophysical and mechanical interpretation of the 2008 M8 Wenchuan earthquake to support a global and regional cooperation for preparedness, and the mitigation and management of seismic risk.

Dr. Yong-Gang Li is a distinguished earthquake specialist. He received his Ph.D. of Geophysics and Seismology at USC in 1987 at University of Southern California. Since then, he has been a Research Professor in Department of Earth Sciences and Senior Scientist in Southern California Earthquake Center. He is also an Honorary Professor of China Academy of Geological Science. His pioneering research in discovery of fault-zone trapped waves, and findings in fault co-seismic damage and post seismic heal have been recognized by earth scientists worldwide. Dr. Li has published 4 important papers in prestigious scientific journals Science and Nature since 1990, and more than 100 refereed papers and scientific articles. His biography and research were listed and reported in Gale-American Men and Women of Science, Geo-Times, and Who's Who publications. Prof. Li is a member of Chinese Overseas Specialist Committee of State Council of China and oversea intelligent specialist of China Association for Science. He was invited by Foreign Specialists Bureau of State Council of China for Wenchuan Earthquake Investigation. Prof. Li is often interviewed by news media in USA and China for outreach of his scientific expertise to public communities, leading them to have a better understanding of earthquakes and natural hazards.