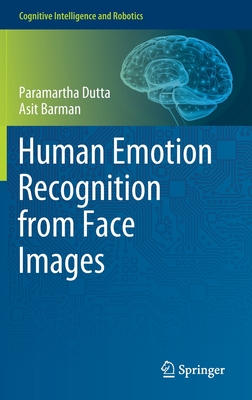 The book explains how six basic human emotions can be recognized in various face images of the same person, as well as those available from benchmark face image databases like CK+, JAFFE, MMI, and MUG. The authors present the concept of signatures for different characteristics such as distance and shape texture, and describe the use of associated stability indices as features, supplementing the feature set with statistical parameters such as range, skewedness, kurtosis, and entropy. In addition, they demonstrate that experiments with such feature choices offer impressive results, and that performance can be further improved by combining the signatures rather than using them individually.

There is an increasing demand for emotion recognition in diverse fields, including psychotherapy, biomedicine, and security in government, public and private agencies. This book offers a valuable resource for researchers working in these areas.

He is the co-author of 6 books, co-editor of 10 books, and he has published over 230 research papers in peer-reviewed journals and conference proceedings. He is a Fellow of IETE, OSI, IE India, a senior member of ACM, IEEE, CSI and IACSIT, and a member of ACCS, IAPR, ISCA, ISTE, and SSI.