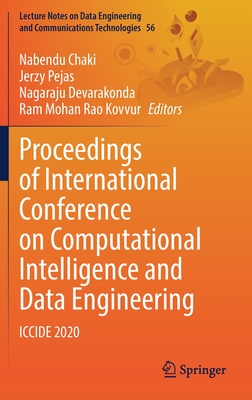 Nabendu Chaki is a Professor at the Department Computer Science & Engineering, University of Calcutta, Kolkata, India. Dr. Chaki graduated in Physics from the legendary Presidency College in Kolkata and then in Computer Science & Engineering from the University of Calcutta. He completed his Ph.D. in 2000 at Jadavpur University, India. He shares 6 international patents, including 4 US patents with his students. Prof. Chaki has been active in developing international standards for software engineering and cloud computing as a part of the Global Directory (GD) for ISO-IEC. As well as editing more than 25 books, Nabendu has authored 6 textbooks and research books and more than 150 Scopus indexed research papers in journals and at international conferences. His areas of research include distributed systems, image processing and software engineering. Dr. Chaki has served as a member of the research faculty in the Ph.D. program in Software Engineering in the US Naval Postgraduate School, Monterey, CA. He is a visiting faculty member of many universities in India and abroad. In addition to being on the editorial board for several international journals, he has also served on the committees of over 50 international conferences. Prof. Chaki is the founder Chair of the ACM Professional Chapter in Kolkata.
Jerzy Pejas received the M.Sc. degree in Computer Science and Engineering from the Wroclaw University of Technology, and the Ph.D. degree in Control Systems from the Gdansk University of Technology. In 2013, he defended his habilitation thesis and obtained habilitation (D.Sc.) degree at West Pomeranian University of Technology in Szczecin. He is currently the Professor with the Faculty of Computer Science and Information Technology, West Pomeranian University of Technology, Szczecin, Poland. His main research interest topics include information security and computer networks, methods of secure electronic signature, as well as new trends in applied cryptography, in particular in pairing-based cryptography.
Nagaraju Devarakonda received his B.Tech. from Sri Venkateswara University, M.Tech. from Jawaharlal Nehru University (JNU), New Delhi, and Ph.D. from Jawaharlal Nehru Technological University, Hyderabad. He has published over 70 research papers in international conferences and journals. He is the Co-Editor of Proceedings of ICCIDE 2017 and 2018. The proceedings were published in Lecture Notes on Data Engineering and Communication Technologies of SPRINGER. He published papers in ICCI*CC 2017 at OXFORD UNIVERSITY, UK, and ICCI*CC 2018 at UNIVERSITY OF CALIFORNIA, BERKELEY, USA. He is currently working as an Associate Professor in the School of Computer Science & Engineering at VIT-AP University and has 16 years of experience in teaching. His research areas are data mining, soft computing, machine learning and pattern recognition. He has supervised 25 M.Tech. students, guided 2 Ph.D.s and currently guiding 7 Ph.D.s.
Ram Mohan Rao Kovvur Obtained B.Tech. (Computer Technology) degree from Nagpur University in the year 1993, M.Tech. degree with the specialization "Computer Science and Engineering" from Osmania University in the year 1997 and received Ph.D. in Computer Science and Engineering from Jawaharlal Nehru Technology University (JNTU) in the year 2014 with research specialization as grid computing. He is having teaching experience of 25 years in various cadres such as Lecturer, Assistant Professor, Associate Professor and Professor at Vasavi College of Engineering (22 Years 6 Months) and Shadan Institute of Computer Studies (2 Years 6 Months). He was Functional Head (Systems Manager), Main Computer Center for a period of 15 years, i.e., from January 2001 to August, 2016. Presently, he is having responsibility as HoD & BoS Chairman of the Department of Information Technology, since August 2016. He had published and presented 15 number of technical papers in national and international journals and conferences. He obtained a grant of Rs 19.31 Lakhs from AICTE under MODROBS for Establishing Deep Learning Lab. As a part research work, he established a Grid Environment using Globus ToolKit (open source software toolkit used for building grid systems) in the Department of CSE, on 32 nodes, and also offered projects to UG students. Further, he also Established Cloud Lab, VCE using Aneka Platform (US Patented) of Manjrasoft Pvt Ltd at M.Tech. Lab, Computer Science Department on 12 nodes, and offered projects to UG/PG students. He had received award as one of the Best Nodal Coordinator from IIIT, Hyderabad (Virtual Labs), for promoting the use of Virtual Labs MHRD, Government of India Initiative, and received Appreciation from IIT Madras-QEEE (MHRD Initiative) as a Best QEEE Coordinator for three Times, i.e., in Phase VI, V and IV of Vasavi College of Engineering, in recognition of "Efforts towards making the Program Effective for both students and Institute" and also "Recognized as a Proactive Member in the overall QEEE Program" and also received long standing service award - Instructor Years of Service from Cisco Networking Academy (2016) in recognition of "15 Years of active Participation and Service" in the Cisco Networking Academy Program. He received citation from Vasavi College of Engineering (5th September 2003), in recognition of "Proactive Initiative" taken in upgrading the Computer centre and in the Introduction of Value Added Course in J2EE in Collaboration with Pramati Technologies.