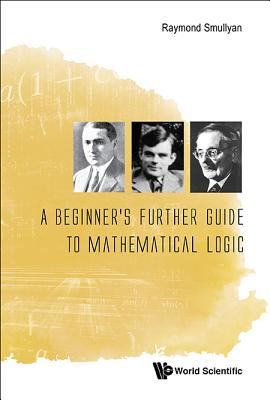 'A wealth of examples to which solutions are given permeate the text so the reader will certainly be active.'The Mathematical GazetteThis is the final book written by the late great puzzle master and logician, Dr. Raymond Smullyan.This book is a sequel to my Beginner's Guide to Mathematical Logic.The previous volume deals with elements of propositional and first-order logic, contains a bit on formal systems and recursion, and concludes with chapters on Gödel's famous incompleteness theorem, along with related results.The present volume begins with a bit more on propositional and first-order logic, followed by what I would call a 'fein' chapter, which simultaneously generalizes some results from recursion theory, first-order arithmetic systems, and what I dub a 'decision machine.' Then come five chapters on formal systems, recursion theory and metamathematical applications in a general setting. The concluding five chapters are on the beautiful subject of combinatory logic, which is not only intriguing in its own right, but has important applications to computer science. Argonne National Laboratory is especially involved in these applications, and I am proud to say that its members have found use for some of my results in combinatory logic.This book does not cover such important subjects as set theory, model theory, proof theory, and modern developments in recursion theory, but the reader, after studying this volume, will be amply prepared for the study of these more advanced topics.