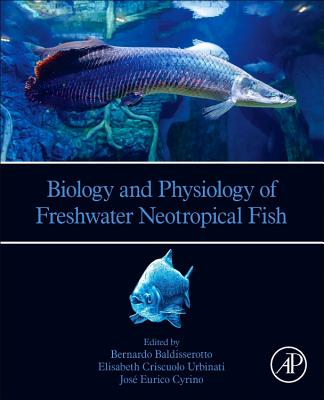 Biology and Physiology of Freshwater Neotropical Fish is the all-inclusive guide to fish species prevalent in the neotropical realm. It provides the most updated systematics, classification, anatomical, behavioural, genetic, and functioning systems information on freshwater neotropical fish species. This book begins by analysing the differences in phylogeny, anatomy, and behaviour of neotropical fish. Systems such as cardiovascular, respiratory, renal, digestive, reproductive, muscular, and endocrine are described in detail. This book also looks at the effects of stress on fish immune systems, and how color and pigmentation play into physiology and species differentiation.

is a must-have for fish biologists and zoologists. Students in zoology, ichthyology, and fish farming will also find this book useful for its coverage of some of the world's rarest and least-known fish species.