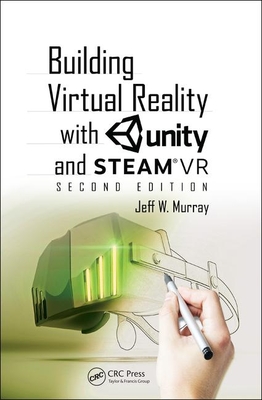 Building Virtual Reality with Unity and Steam VR takes a hands-on approach to getting up and running with virtual reality using the Unity game engine. By utilizing the free SteamVR 2.x libraries, this book and its example code are compatible with the main virtual reality (VR) head-mounted displays currently available. This book also looks at some of the main issues surrounding virtual reality, such as motion sickness and performance issues, providing practical ways to reduce their impact to make better VR experiences.

Jeff W. Murray has written two books: Game Development for iOS with Unity3D and C# Game Programming Cookbook for Unity3D, both published by CRC Press. In his game development career spanning more than 20 years, he has worked with some of the world's largest brands as a Game Designer, Programmer, and Game Director before finding his new home in VR.