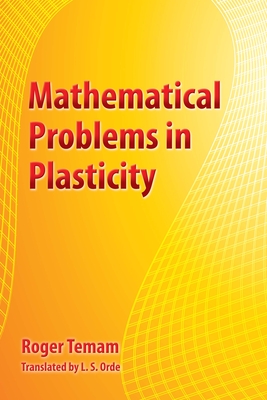 This study of the problem of the equilibrium of a perfectly plastic body under specific conditions employs tools and methods that can be applied to other areas, including the mechanics of fracture and certain optimal control problems.
The three-part approach begins with an exploration of variational problems in plasticity theory, covering function spaces, concepts and results of convex analysis, formulation and duality of variational problems, limit analysis, and relaxation of the boundary condition. The second part examines the solution of variational problems in the finite-energy spaces; its topics include relaxation of the strain problem, duality between the generalized stresses and strains, and the existence of solutions to the generalized strain problem. The third and final part addresses asymptotic problems and problems in the theory of plates. The text includes a substantial bibliography and a new Preface and appendix by the author.

Roger Teman is Director of the Institute for Scientific Computing and Applied Mathematics at Indiana University. He was previously on the faculty of the University of Paris-Sud from 1967-2003. A member of the French Academy of Sciences he was also elected to the American Academy of Arts and Sciences in 2015. His many books include Mathematical Modelling in Continuum Mechanics and Navier-Stokes Equations.