An Introduction to Plasma Physics and its Space Applications, Volume 2 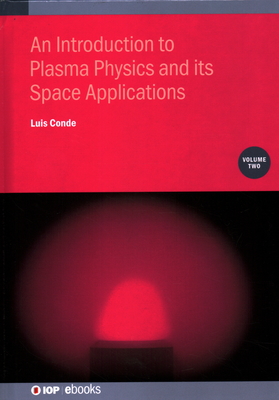 The growing number of scientific and technological applications of plasma physics in the field of Aerospace Engineering requires that graduate students and professionals understand their principles. This introductory book is the expanded version of class notes of lectures I taught for several years to students of Aerospace Engineering and Physics. It is intended as a reading guide, addressed to students and non-specialists to tackle later with more advanced texts. To make the subject more accessible the book does not follow the usual organization of standard textbooks in this field and is divided in two parts.

The first introduces the basic kinetic theory (molecular collisions, mean free path, etc.) of neutral gases in equilibrium in connection to the undergraduate physics courses. The basic properties of ionized gases and plasmas (Debye length, plasma frequencies, etc.) are addressed in relation to their equilibrium states and the collisional processes at the microscopic level. The physical description of short and long-range (Coulomb) collisions and the more relevant collisions (elementary processes) between electrons' ions and neutral atoms or molecules are discussed.

The second part introduces the physical description of plasmas as a statistical system of interacting particles introducing advanced concepts of kinetic theory, (non-equilibrium distribution functions, Boltzmann collision operator, etc). The fluid transport equations for plasmas of electron ions and neutral atoms and the hydrodynamic models of interest in space science and plasma technology are derived. The plasma production in the laboratory in the context of the physics of electric breakdown is also discussed. Finally, among the myriad of aerospace applications of plasma physics, the low pressure microwave electron multipactor breakdown and plasma thrusters for space propulsion are presented in two separate chapters.