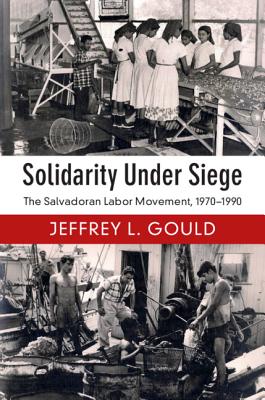 El Salvador's long civil war had its origins in the state repression against one of the most militant labor movements in Latin American history. Solidarity under Siege vividly documents the port workers and shrimp fishermen who struggled yet prospered under extremely adverse conditions during the 1970s only to suffer discord, deprivation and, eventually, the demise of their industry and unions over the following decades. Featuring material uncovered in previously inaccessible union and court archives and extensive interviews conducted with former plant workers and fishermen in Puerto el Triunfo and in Los Angeles, Jeffrey L. Gould presents the history of the labor movement before and during the country's civil war, its key activists, and its victims into sharp relief, shedding new and valuable light on the relationships between rank and file labor movements and the organized left in twentieth-century Latin and Central America.